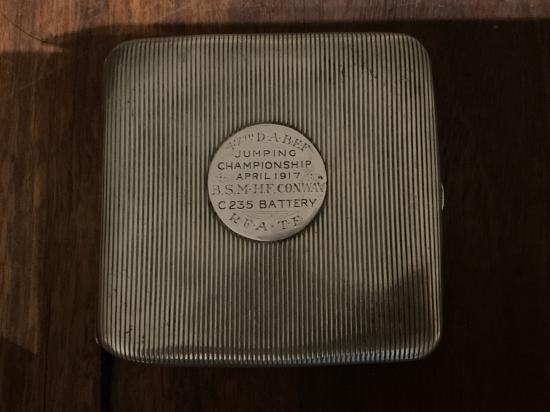 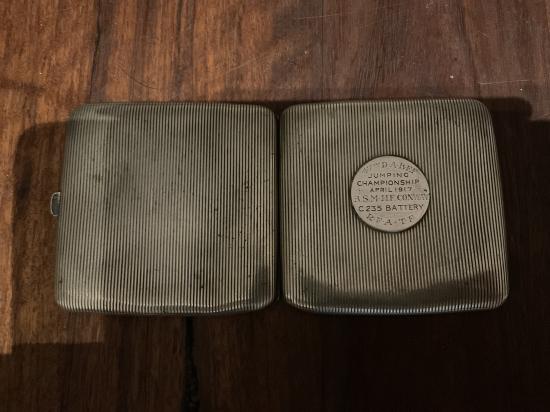 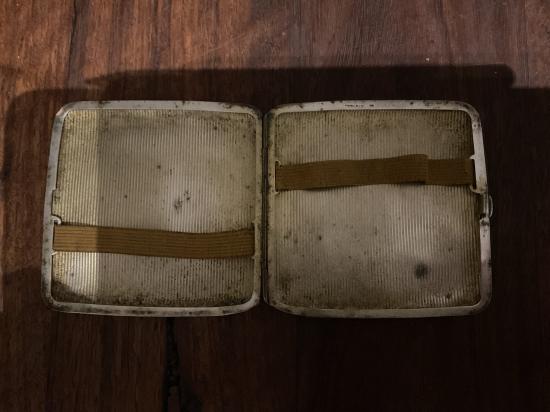 White metal cigarette case in good condition for age won by Battery Sergeant Major , H.F CONWAY R.F.A . This man won the Distinguished Conduct Medal with the following citation .For conspicuous gallantry and devotion to duty. He has displayed marked courage and coolness, particularly on one occasion when the wage lines were bombed and shelled by the enemy. His example and fine soldierly spirit are invaluable in his battery.He survived the war and was awarded the T.F.E medal in 1919.